“Women and Risk, What’s the Deal”, My Interview on IMEX America

“Women and Risk, What’s the Deal”, My Interview on IMEX America

I was invited by IMEX America last October to give a quick talk with them about the women’s financial confidence and the risks that women face when they give up on their financial decisionmaking.

It’s been such a pleasure to share my advocacy, as well as the questions and decisions that lead to my decision to create children’s storybooks in order to instil financial confidence and literacy to children starting at a young age.

To those who are keen to read about the interview, here is a transcription of the show:

Moderator: Can you explain to us what [Women and Risk] means?

Mara: Women and Risk, what I’m trying to get out in terms of discussion is that can we move away from the conventional notion of risk and start thinking out what are the real risks women are facing and that we are not having a proper dialogue around.

It started out when as a wealth management professional, I started asking myself a very simple question: “How does a pay gap affect a woman over the course of her lifetime and how does it affect her wealth creation?” I couldn’t find any research that answered that question and so

I asked our Chief Investment Office to simulate it. So I asked: Can you simulate the life of a man and the life of a woman after university, setting out on their professional journey, and they buy a house and they spend…and all the other conventional assumptions you can make. And it was very interesting because when the team ran the simulation for the first time, they thought it was a mistake because they couldn’t believe the results. It was quite sad.

So after a couple of days, they finally brought the model to me and said “Look, we tried and we calibrated and we checked everything. The model is right, but the figure is shocking. And it turned out that just a 10% pay gap, a very benign assumption, all else equal, resulted in a 40% wealth gap over a lifetime.

Moderator: I mean that’s the thing. It’s huge. How do you go about changing that? I mean once you saw the numbers, you’re probably thinking “What now? What do I do with this?”

Mara: Exactly and that was the beginning of the journey in the past couple of years to say: we need to bring this conversation out there because I keep encountering women who say “I’m not really as involved in financial matters as I’d like to be.” Very often, women think that their partners or spouses are more competent than they are.

And so that effort to say we really have to look at women’s, not so much financial literacy but financial confidence. And I really think that it is a matter of awareness and trust more than expertise, strictly speaking. How do we change that? How do we make women aware of the fact that abdicating financial decisions is not a good idea, especially when those are the consequences that you could face?

And more bad news: one of the more shocking statistics that we came across is that millennial abdicate even more than the generation before them. So they are not getting involved.

Moderator: What I thought it’s getting better?

Mara: No it’s not getting better and that is the paradox that I am still trying to wrap my head around because you think that today there’s so much information available online. There’s so much speak about robo-advisory and digital marketing and so on but actually people might be engaging in that for daily payments and transactions and so on but the women are not engaging either through those channels to the extent that they could and should.

Moderator: I think you had it on though earlier when you were talking about confidence. I own my own business, I run the finances for my household but when you start talking about investment strategies and digital banking and all these other different pieces, it starts to get a little overwhelming. And it’s not that I don’t think I can do it, but I’m like: I have no idea where to start. So where do you build that confidence and when should we start having those conversations? Is it high school? Is it college? Is it earlier than that?

Mara: I think it’s earlier than that. We did indeed do a lot of work to answer those questions for women and to say “Where do I start?” and that’s exactly how we boiled it down to. Into these three dimensions of awareness, expertise, and trust.

And the first myth I’d like to dispel is exactly the one around expertise, which is: No you don’t need to be an expert on anything financial related to have the right conversations around what are the real concerns. I always say that the real question that people should ask themselves is not what equity market risk might I be taking if I’m investing, it should be “Can I maintain the quality of life by the time I hit 80?” To have an advisor that helps you navigate those questions is way more important in my view.

And where should the conversation start? Well, it turns out that research shows that confidence is shaped by the age of 5 and adult money habits by the age of 7. So if we’re not having this conversation with little kids and especially with little girls who we need to give a massive boost in terms of talking about money to. So they know their worth, they are encouraged to negotiate their worth. If they are doing a chore, can they ask money for it? That is a skill they are gonna need for life.

Moderator: I am over here, feeling like I want to pass out. I have an 11-year old daughter and I have to think about the conversations about money and finance with her and beyond having an allowance… it’s good to save money, that’s the message but that’s not clear enough, that’s not talking about your worth. I don’t know what it is I’m supposed to be communicating. So what are the messages and how do I figure out what those are?

Mara: Well, there are now. I actually spent the first 18 months developing a book series for children. Specifically for the girls, but it’s okay for the boys too, to really enable parents to have those easy conversations with kids and they’re written in rhymes so think Dr. Seuss around money. And to make it fun and to make it easy to start talking about money. What is it that you need to talk to kids about?

I think we need to tell them clearly money doesn’t grow on trees. But really empower them at a young age. “Maybe I get a monthly allowance. Maybe there are also chores I can do additionally because it allows me to earn and to take influence on what I can earn.

The second very important message for kids is: money in a piggy bank is great but it cannot grow. You can only fill a piggy bank but your money is not growing. You need a savings account. You need to explain to kids the notion of compound interest. I know it seems quite abstract but I try to take that topic and make it digestible for children.

So I believe that these very important messages around money need to be brought to children at a young age but for me, it was never just about the money aspect of it, it was also about the ethics around it. I think we need to talk to little kids about equal pay and I’ll explain why. And I think we also need to teach little kids about sustainability so if we’re teaching them to earn money, why don’t we teach them how to spend money and that their money choices impact the world every day.

Now on equality: why do I think we should have that conversation with little kids? When I wrote the first story, A Smart Way to Start, I had my daughter proofread it and she was 11 years old when she read it the first time and she goes “Oh mum this story is so cute but I don’t see the point. Why would a little girl earn a penny less than a little boy?”

And so that really made me realise that if my own daughter’s growing up not realising that she’s going to have to fight for her salary against pay gaps and really be engaged in changing the world because we’re not yet there and I think the World Economic Forum estimates that it’s going to take over 100 years to close pay gaps. That means even my grandchildren will still have to be fighting for this.

We can’t let the next generation grow up with that naive belief. We need to equip them with the skills that they’re going to need for the future.

Moderator: And not make it cynical. We were talking before went on air about the fact that, especially with the #MeToo movement over the last 2 or 3 years, women are talking about how much money we earn and we’re bringing it out of the shadows, making it not taboo and saying “I make this per hour and that guy makes that per hour and that’s crazy. I’m not going to do it for that. You’re not going to get me for a discount because my work is better than his.”

Moderator: I think what we’re seeing is we’re seeing this stripping away of the superficial layer of what’s appropriate or not appropriate about talking about finance as a woman. Why is this even an issue? And yet, when you talk about it, you’re here talking to the people at this conference because it is an issue, it is still a problem, it is still a thing where we have an issue sharing this financial information and talking about money. Why?

​Prepare your daughter for her financial future

​*You only pay for shipping!

Why An Allowance Is The Best Tool For Financial Education 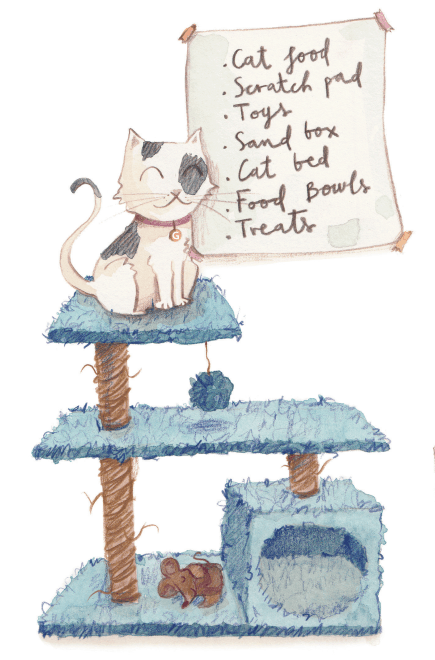 I’m gone to say to my little brother, that he should also pay a quick visit this weblog on regular basis to take updated from newest news update